The University of Arizona harp studio includes undergraduate, masters, and doctoral students from across the globe. As a student here, you will receive weekly private lessons, studio class, harp pedagogy, orchestral coaching, mock auditions, masterclasses with guest artists, workshops on special topics, and numerous opportunities to perform in a variety of high-level ensembles.

Students are encouraged to seek further development through young artist competitions, summer festivals, master class performances, and scholarly publications. All harp students are also members of HarpFusion, a world-renowned, touring harp ensemble for which the students arrange and compose all genres of repertoire. Come be part of the adventure!

Apply to the Fred Fox School of Music by following the instructions on the admissions page of the FFSoM Website and please visit our Auditions page for the current list of required repertoire. 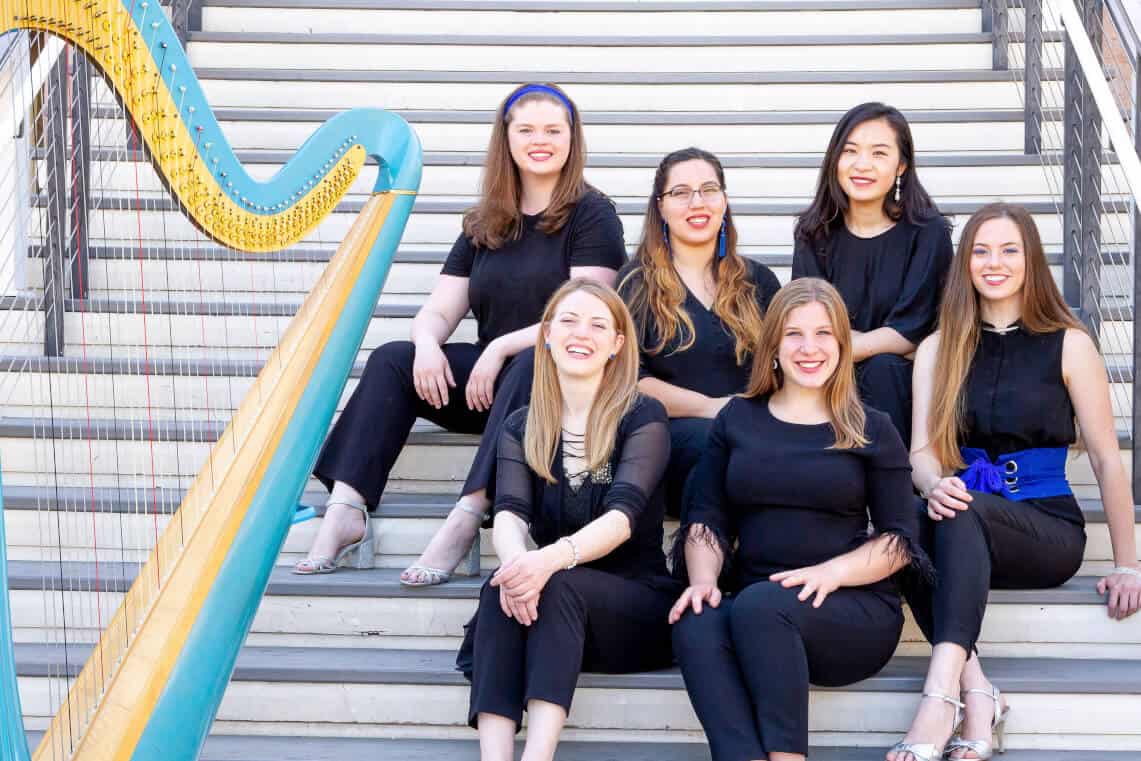 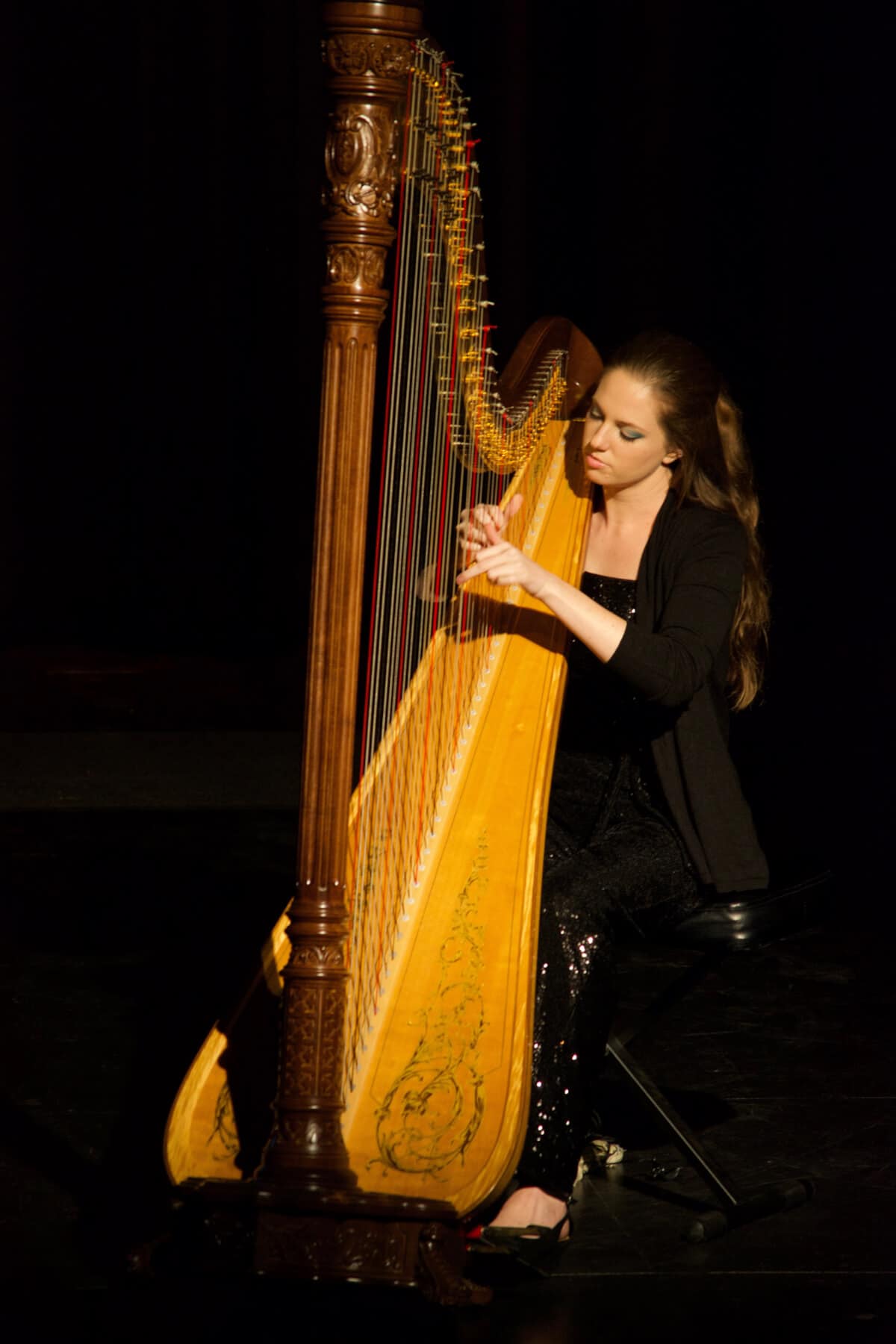 Yvonne Cox (BM 2020) was accepted into the MM program at the New England Conservatory! She began her MM studies with Jessica Zhou (Principal Harp, Boston Symphony Orchestra) in fall 2021. 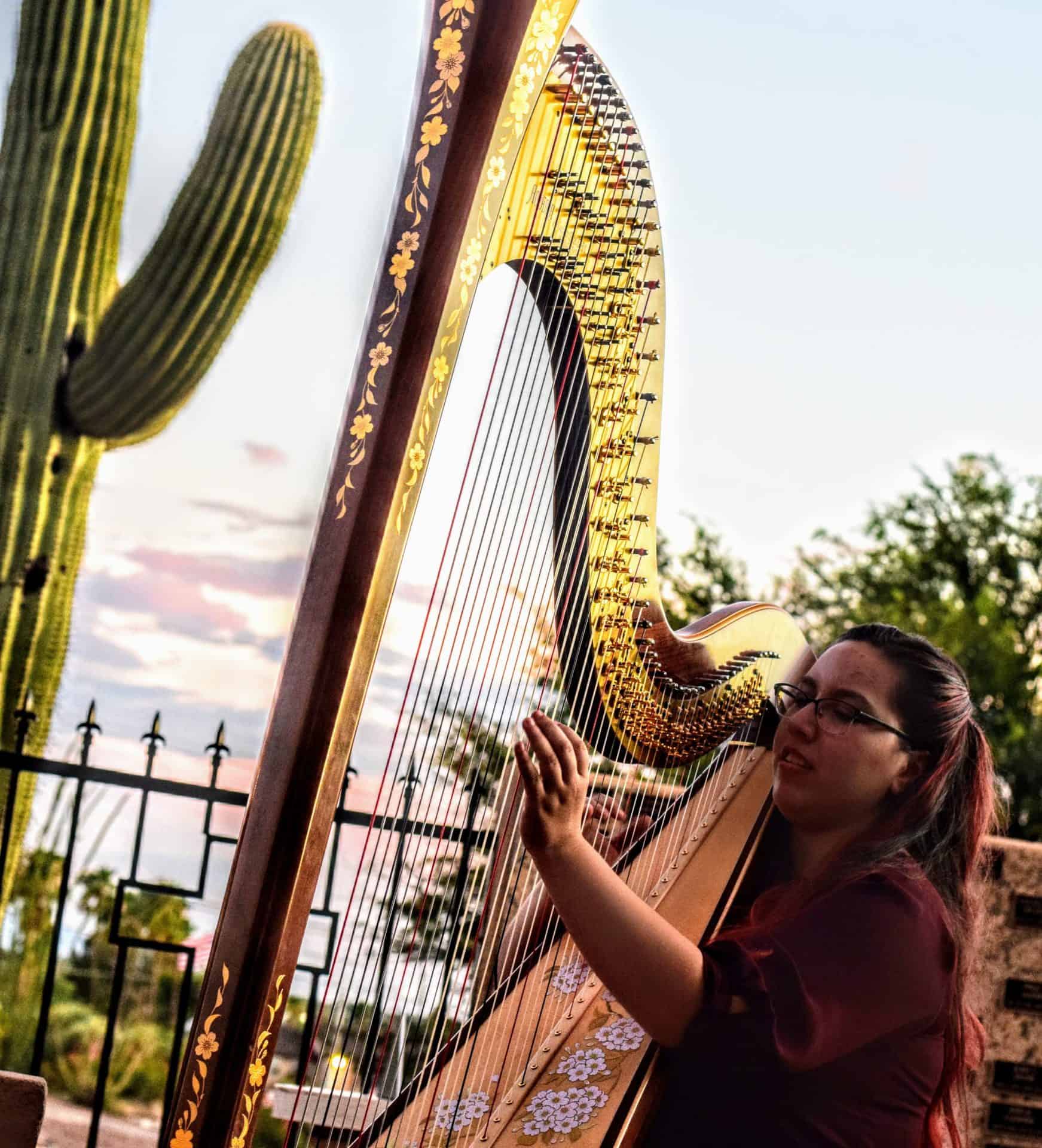 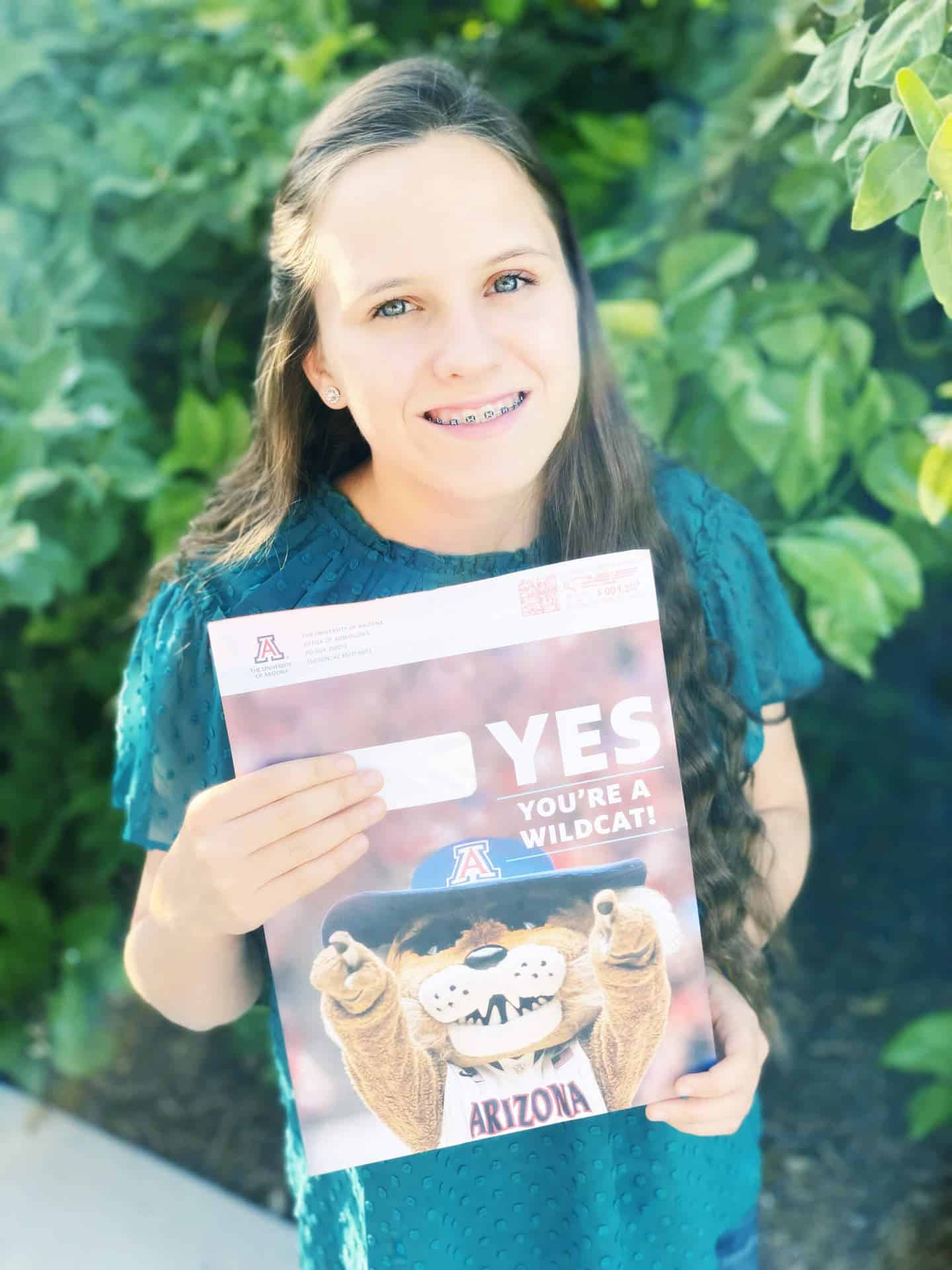 She began her undergraduate program in harp performance at the University of Arizona in fall 2020.

Alumni Around the Globe

We’re compiling alumni stories! If you graduated from the Harp Studio, let us know what you’re up to! 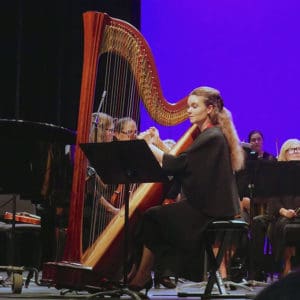 Vanessa Sheldon (DMA, 2005) is Associate Professor and Chair of Music at Mt. San Jacinto College, a community college in San Jacinto, California. Dr. Sheldon was the university’s youngest doctoral recipient, at the age of 19. She also served as Dr. McLaughlin’s teaching assistant from 2002-2005. As part of her current position, Dr. Sheldon established a new tradition of programming a harp concerto for the college orchestra each March. They presented the Concerto in B-flat Major by Handel in March 2018 and dedicated that performance to Dr. McLaughlin. In March 2022, they will premiere a new harp concerto by Peggy Falkenstein.

Carrol McLaughlin performed extensively as a soloist and with orchestras throughout North and South America, Europe, Japan, Indonesia, Hong Kong, Taiwan, China, India, and Russia. Her performing career included concerto performances with the Kyoto Symphony, Japan; the St. Petersburg Symphony, Russia; the Cairo Philharmonic, the Orchestra de Santiago in Santiago, Chile, and many others.

She gave solo recitals in Carnegie Hall, New York; Wigmore Hall, London; Casals Hall, Tokyo, the Cairo Opera House in Egypt and the National Concert Hall in Taipei, Taiwan. She was featured as the opening recitalist at the World Harp Congress in Copenhagen and the American Harp Society National Conference in Denver, Colorado. She was also featured at the Vera Dulova Festival in Moscow, the World Harp Congresses in Prague, Geneva, Dublin and Amsterdam, the Lily Laskine Festival in Paris, the Soka City Festival in Japan and festivals in Europe, China, Hong Kong, Korea, Indonesia, Serbia and Brazil.

Carrol studied harp in London with Maria Korchinska, has a Master of Music Degree from Juilliard with Susann McDonald and Doctor of Musical Arts from the University of Arizona, where she was Distinguished Professor of Harp, heading one of the most respected harp departments in the United States. She was a Fulbright Senior Scholar to Egypt and received numerous awards from the University of Arizona, including the Five Star Teaching Award, Graduate and Undergraduate Teaching Awards, and the prestigious Koffler Prize for Outstanding Teaching.

A prolific composer and writer, Carrol published books, music, and 15 CD’s. Carrol was an expert in Neuro Linguistic Programming and her book Power Performance is used world-wide as a guide to performance excellence, allowing musicians to learn and perform at their highest potential. Her second book, Manifest Moment To Moment, is available in every English-speaking country in the world. Fascinated by the healing potential of harp music, Carrol did a research study in the Intensive Care Unit of the University of Arizona Medical Center, playing spontaneously improvised harp music at the bedside of patients following open heart and thoracic surgeries. The results of that study included blood pressures balancing, lowering of pain without medication and even patients coming out of comas while the harp music was being played. 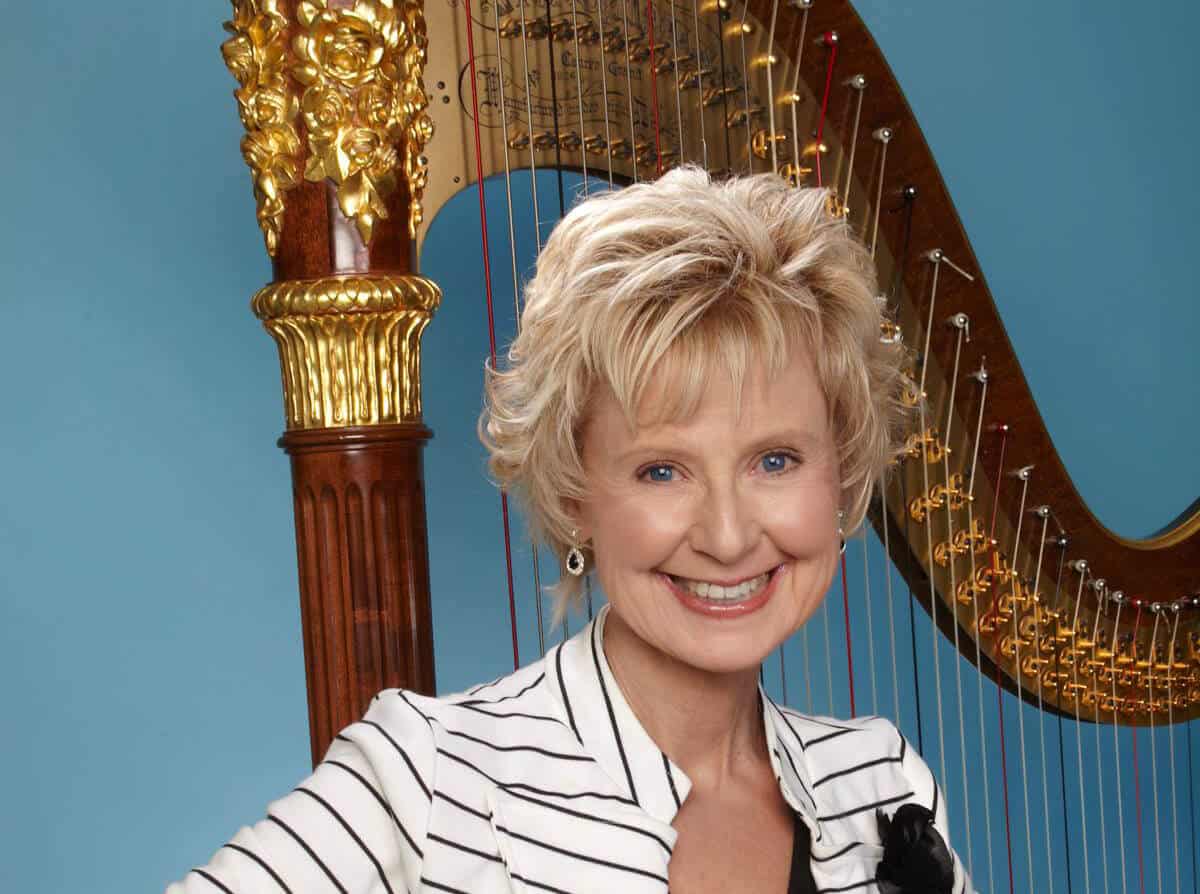